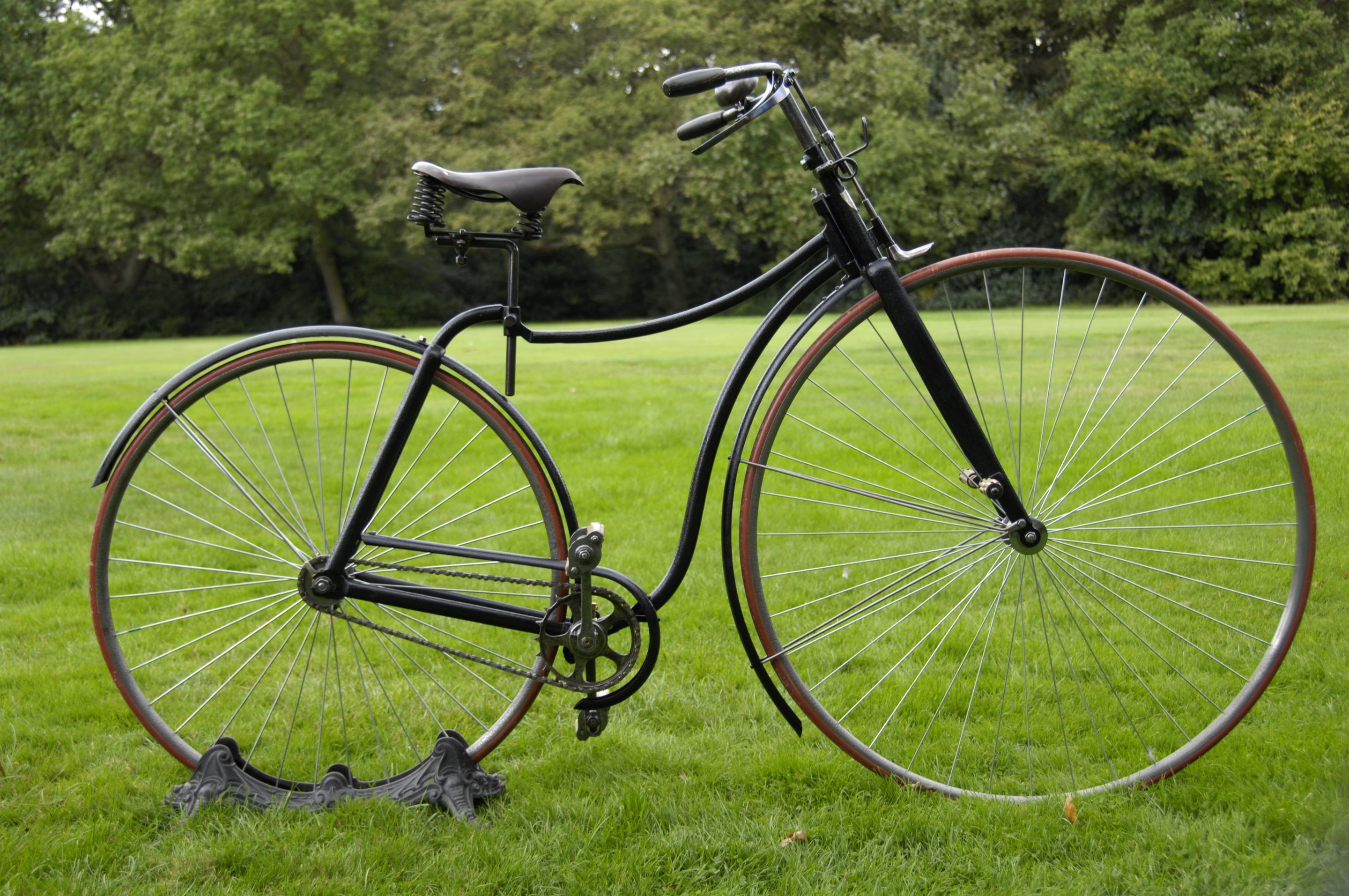 To share his thoughts on Beauty, French designer Patrick Jouffret chose to talk about objects created by humans to fulfill their dreams. For Patrick, these objects go beyond fashion and status. They make something functional beautiful, mark chapters in our history, and show how our needs have evolved. Through this subjective selection, which he presents in the form of an alphabet book, Patrick explores the hidden dimensions of these objects – dimensions that make them unique, timeless, and essential. Let’s continue this serie with the letter B for… Bicycle!

In April 1815, the eruption of Mount Tambora devastated the Sanggar peninsula, on the Indonesian island of Sumbawa. In the space of just a few days, the eruption of the volcano alone killed 92,000 people, while the columns of ash caused a volcanic winter. 1816 was a year without a summer, and the icy climate that invaded Europe led to migrations and famines. Temperatures dropped by almost half a degree on average in Europe and America. The oats that were supposed to feed horses were kept for humans, and the equine population dropped.

In 1816, the German inventor Karl von Drais was struck by the consequences of this crisis and got to work. In 1817, he created the “Draisienne” (also known as the dandy horse) – the ancestor of the bicycle.

It had a brief success, was greatly enjoyed by more athletic riders, and soon underwent improvements such as the addition of pedals, which were attached directly to the front wheel. The velocipede was born.

However, the final touch came from the United States in 1880, with the invention of the chain that would make it more efficient, ergonomic, and give the basic shape of the bicycle we know today. Its frame is an iconic outline reduced to the essentials: six lines arranged into three interconnected triangles.

Bicycles, like chairs, are one of the objects that generate the most passion and creativity. The design of a bicycle involves experimenting with materials and structures. It reflects its times, and becomes part of the landscape – and people’s everyday lives. Chairs let you rest; bicycles give you freedom. There’s no better way for us to switch from being a pedestrian and reach speeds that you could not achieve on foot. The bicycle transforms us. It is a tool that was shaped by man – and that has shaped man. It has gone from being unthought of to being indispensable.

In sport, this dimension becomes even more meaningful. Since the beginning of the 20th century, bicycle designers have been striving to combine efficiency with elegance. Everything is important: the weight, how the frame behaves, the type of wheels, repairability (for long races) and contact points (saddle, handlebars, pedals).

George Nelson used to say that objects designed for competitive sports are the best designs. In the past, such objects were designed for battle. They are a means to go beyond your limits. They touch on the notions of life and death. And that’s what makes them so fascinating.

The sports design – especially in the case of racing cyclists – recalls the jousting battles of the Middle Ages. In the place of a coat of arms, each athlete wears his/her team’s colors, matching the colors of his/her bike. The oversized logos, bright colors and signature patterns proclaim their values and their allegiance to the clan. The bike has taken the place of the horse once used in ferocious battles.

Modern racing bikes are built like Formula-1 two-wheelers. They’re the pure thoroughbreds of the biking world. Most of them are made from carbon fiber for its exceptional characteristics (both rigid and lightweight). The carbon is woven and can be braided to create wefts of small squares that alternately reflect the light. It can also be unidirectional, making it look almost like fur, with the shimmer of a horse’s coat. Together, engineering and design have transformed bicycles from something tubular and quite ordinary into sculptural objects that are occasionally obscure but surprisingly efficient. Modern racing bikes are three times lighter than those used during the Tour de France in 1900, and the increase in performance is incredible.

Now there are electric bikes, and bikes that incorporate electronics. They’ve become more reliable and, more than ever, part of our daily lives and exploits.

To understand how much the bicycle is a textbook case of innovation, you just have to look at what spurred its “real” birth 140 years ago: the pedal. Strictly speaking, it is not used to pedal. It is used to transfer the cyclist’s power. The pedal is a key element in the performance chain and it alone requires ball bearings, a strong and lightweight axle, a good weight-bearing surface and a reliable clip-on system. A good bike is a fusion of all these elements, aimed at ensuring comfort or performance – or both.

For over a century, there has been a profusion of patents and mechanical or formal research to develop this archetype: recumbent bikes, folding bikes, three-wheelers, cargo bikes, monowheels, penny-farthings or even simplified frames with fewer tubes. Patent drawings of folding bicycles with small wheels can be found as early as the end of the 19th century. Although some of them, such as the recumbent bicycles, can go faster than a standard bicycle, the geometry of the bicycle – the one that definitively took shape in 1880 – remains almost unchanged. Perhaps we could apply a Darwinian theory to this object – that of natural selection?

For living beings, survival is linked to our ability to adapt. In the case of everyday objects, there are several factors. These include practicality and ease of use. The way these objects fit into our lives or into the collective unconscious is possibly one of the reasons for their longevity. Their clever design or manufacture must always be taken into account as well.

The recumbent bike or the folding bike with small wheels will never replace the standard bike. We won’t see hoverboards filling our streets and the parking lot of the train station in Amsterdam, like Dutch bikes do. Why? Because the way we ride a bike is based on the way we rode a horse. They are connected by their similarities, by a common history (Danielle Quarante writes about it in her french book “Éléments de design industriel”). Bicycles came about because of a shortage of horses, and riding horseback had been our means of travel (except for walking) for several thousand years. It is something that’s ingrained in us. We ride bikes just as we did horses. We place our feet in “stirrups,” we sit on a saddle (the smartest ones are always made of leather) and we put on the brakes to stop.

See you soon to discover what object is hidden behind the letter C!