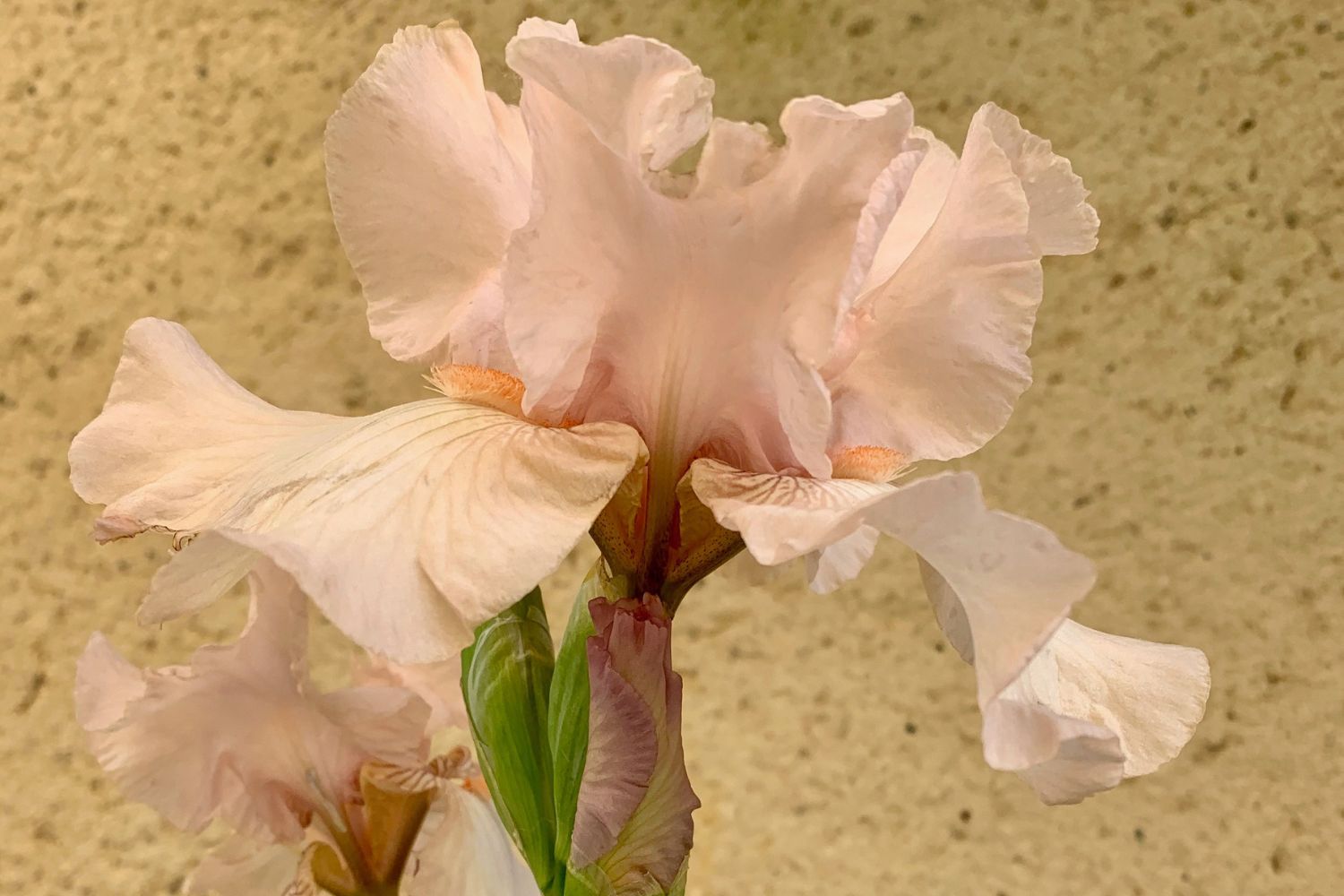 Lessons from Flowers #7: The Iris

‘The Song of the Iris Fairy’

I am Iris: I’m the daughter

Of the marshland and the water.

Looking down, I see the gleam

Of the clear and peaceful stream;

With their leaves are floating there;

All the water-world I see,

And my own face smiles at me!

(This is the wild Iris) – by Cicely Mary Barker

The Iris is one of those unique and divine flowers that transcends its message in totality; at the essence it represents wisdom, strength, and faith. Its flower lineage is the family of Iridaceae, and its deep sentiments span all corners of the Earth and all hemispheres, from Europe to the Middle East to Asia.

Meaning most civilizations and cultures believe it to represent the same thing and can be found growing naturally nearly everywhere. The Iris comes in every color, size and there are over 200 varieties; fittingly its Greek name translate to ‘rainbow’. However, the indigo blue, yellow and white are most common and can be seen flourishing around the globe.

The Iris goes back to Ancient Greek times and the Greek Goddess Iris; she was the personification of the rainbow and was the bridge between heaven and earth.

Now, let’s transport to France during the Middle Ages the Iris became part of the monarchy and eventually the Fleur-de-lis the national symbol of France. For France the three large petals represent: valor, wisdom, and strength. But many people they will also associate it with the power of hope and victory.

It is said that King Clovis I won one of his most important battles after receiving the wisdom and beauty of the wild Iris growing by the riverbed; after the battle the king adorned himself and his warriors with the Iris flower as they made their way home. From these crown attributions the Iris is said to be a sacred symbol of protection and royalty.

They also say through the grapevine that if you place Iris’s in a room that needs cleansing; the Iris will purify the space instantly. This coincides with the Japan tradition that the Iris is a protector against evil spirits and in ancient times and still to this day you can find Irises hanging from a chord in their homes or in-front of their doors.

Honoring its rainbow resonance; we can uncover that the Iris also asks you to brave any storm that comes your way; to have courage and that after the darkness passes there will be a promise of hope by the way of a beautiful rainbow in the sky.

The Iris is a flower that tells us listen to the wisdom of the ancient ways, to dig deep within ourselves to cultivate our strength and prevail all that arrives on our path. To remember the gracefulness of faith; that no matter what may happen, our hope cannot be diminished and that it is the mightiest.

When you suspend an Iris from a chord it can make a divine and natural pendulum.