Home / Learn / Lessons from Flowers #6: Learning the Way of the Flower; The Mimosa 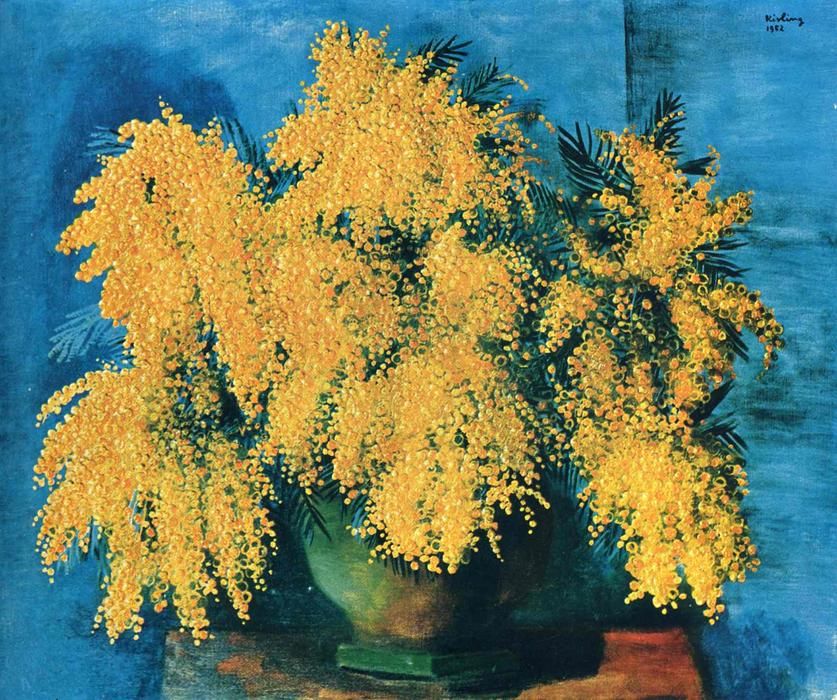 Lessons from Flowers #6: Learning the Way of the Flower; The Mimosa

Thrill the deepest notes of woe.

One can be delicate and sensitive and at the same time can survive unfavorable environments and balance it with a humbled tolerance. This is the fine dance that the Mimosa flower represents.

The Mimosa blossoms between the winter months from January to March. Originating from Asia the Mimosa is also known as the ‘silk tree’ since its flowers mimic the look of silk threads, delicate, modest, and yet sturdy and resilient. The French made the Mimosa an internationally beloved blossom and tree. It is said that Pierre Nicholas d’Incarville is the missionary that opened the Mimosa tree to the Western World. Now, France is always associated with the Mimosa, especially in the early 1900s in Cote d’Azur; this period is known for the “mimosiste” – a windfall of the export of Mimosas.

The Mimosa leaves are just as sensitive as their dropping dust-like flowers; when the leaves detect movement, touch, or a sense of coldness they fold-up, back into themselves. The branches intuitively grow by covering large areas over a short period, creating a shield from the intense sun rays. Security, protection, and tolerance are woven into the design of the Mimosa. It is said by many that when one walks by a Mimosa it will give them the strength to overcome or handle any difficult situation that may arise.

With over 400 versions of itself it is originally named after the Greek word “mimos,” meaning “mime,” which is believed to reference the design of the leaves and their ability to react and move in a way “mimicking conscious life.” Yellow is the most prominent blossom color, representing the sun, joy, bashful love – the second most noted colors are pink and white. In parts of Asia, the white blossoms are historically known to be given at funerals honoring the passing and mourning of a beloved one.

Teresa Mattei, the director of the Italian Women’s Union chose the Mimosa to serve as the flower to celebrate and honor International Women’s Day (globally March 8). For her she said it perfectly represented the ability of women to appear to be delicate, modest, and perhaps seen through a man lens as fragile. A women must be and is innately sensitive, sensible, and undeniably strong. As women do, the Mimosa can grow in all types of climates, their very identity is resilient. And these are some of the pillars of being a strong independent woman.

The frigid and unfeeling thrive the best;

And a warm heart in this cold world is like

Upon the wintry deep, that feels it not,

And trembling, with each pitiless gust that blows,

Till its faint fire is spent.

The gathering of the Mimosa Pudica seeds have been harvested for a variety of ancient and modern medicinal treatments. Assist in mental health, boost serotonin levels; healing and cleansing the gut. Allowing the melancholy feelings to be released. They are known as a powerful gut cleanser, which also speaks to its ‘life consciousness’ connection since many believe the gut is our most important brain.

What is one thing to take away and keep close to you; the Mimosa is a metaphor for balancing sensitivity with resilience all anchored in a humble strength. You can overcome all obstacles and experiences, be reminded of this every time you see a Mimosa tree blossoming.