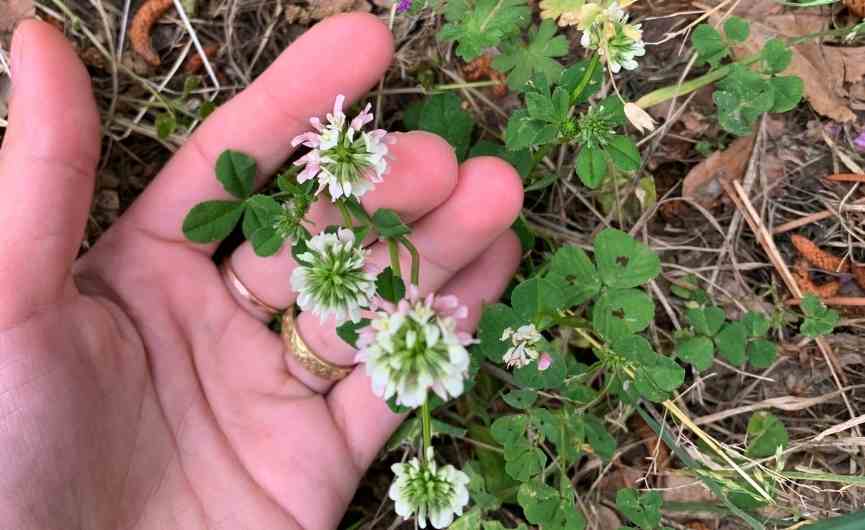 Lessons from Flowers #8: The Clover

“To make a prairie it takes a clover and one bee,
One clover, and a bee, And revery.
The revery alone will do,
, If bees are few” – Emily Dickinson

The Clover is a grand summer flower that is seemingly quite small, but it has mighty superpowers. Clovers come from the Trifolium family, the name is derived from Latin tres ‘three’ and folium ‘leaf’ and within this family there are over 300 species. b However, the most common are the White Clover and the Reddish Pink Clover. These two blossoms you can find across the globe, but they have a European origin.

The Clover might be most famous for its Irish heritage, and in Ireland the Clover is known as the Seamróg, or Shamrock, which simply translates to “summer plant”. The Irish not only believes the Clover represents good luck but also from the Middle Ages to the Fifth Century it is said to honor the Holy Trinity (Faith, Hope and Charity). b On a mythical notion, the Irish are known to think the Clover offers the ability to see and connect with the precious Fairy kingdom.

Now, turn back to the time of Druids and you will see that they too thought the Clover had mythical and magical powers. They considered the Clover to be a sacred plant, representing the Earth, the Sea, and the Sky, which is why their spells were always repeated three times and many of the potions and recipes include the Clover.

Druids would carry clovers on their person so that they could detect evil spirits approaching. If a hex had been placed, they would scatter Clovers all around to break free from the bad spell and of course if one thought they had a hex on them personally they would wear a Clover until it had been broken.

In many traditions the Clover is a symbol of promise, joyfulness, lightheartedness, and marital longevity. b There are ‘old wives’ tales’ that it was essential to have Clovers at one’s wedding to ensure good fortune and love. It is even said that brides and grooms would tuck Clovers in their shoes has they walked down the aisle. And if the love failed, they would place a Clover over their right breast for days to heal and mend the broken heart.

The Song of the White Clover

Look at my threefold leaves so green;

Hark to the buzzing of hungry bees:

“Give us your honey, Clover, please!”

Yes, little bees, and welcome, too!

My honey is good, and meant for you! – Cicely Mary Barker

For the garden magic the Clover offers. Clovers always attract their best friend which is the Honeybee. When you have Clovers, the bees will arrive. Not only will it bring the bees, but Clovers have another secret gift; they can fix nitrogen for other plants and themselves. Making it a natural booster for the soil and garden, basically a high-powered fertilizer or rather a living mulch. If you are farmer, you would want to have Clover fields as many livestock love to eat this covering crop. It was only 50 years ago that the Clover was considered a weed and began to have a “bad reputation” but before it was coveted. Yes, the Clover can take over that is why in the present day you need to plant it consciously but without question it will do wonders for your garden and landscape.

We haven’t yet discussed the four-leaf Clover which is a phenomenon. . Take these numbers into consideration; for every 10,000 three-leaf Clovers there is one “lucky” four-leaf Clover. There is actually no Clover plant that naturally creates four leaves, making it so rare and treasured. Here is a tip for your four-leaf Clover hunt; if you find one look for more around the same plant, since it is most likely to produce more!

The red Clover is an herb used in an array of traditional medicines; mainly around hot flashes and can soothe menopausal symptoms. This little plant is edible from root to blossom; they can be eaten sauteed, boiled for tea or even raw in a salad. And some chefs even use the dried leaves and flowers in dessert recipes as they leave behind a hint of a flavor similar to vanilla.

What can we learn from this compelling symbolic blossom? That just because modern society says something is “bad” it is not certainly true. That it is important to honor our Earth, Sky and Sea. That simply because something is small does not mean it is not influential or impressive. And most certainly the Clover teaches us to look for the magic and mythical aspects hiding within our everyday life.