Home / Learn / Meeting with divinities: Hermes and the Muses 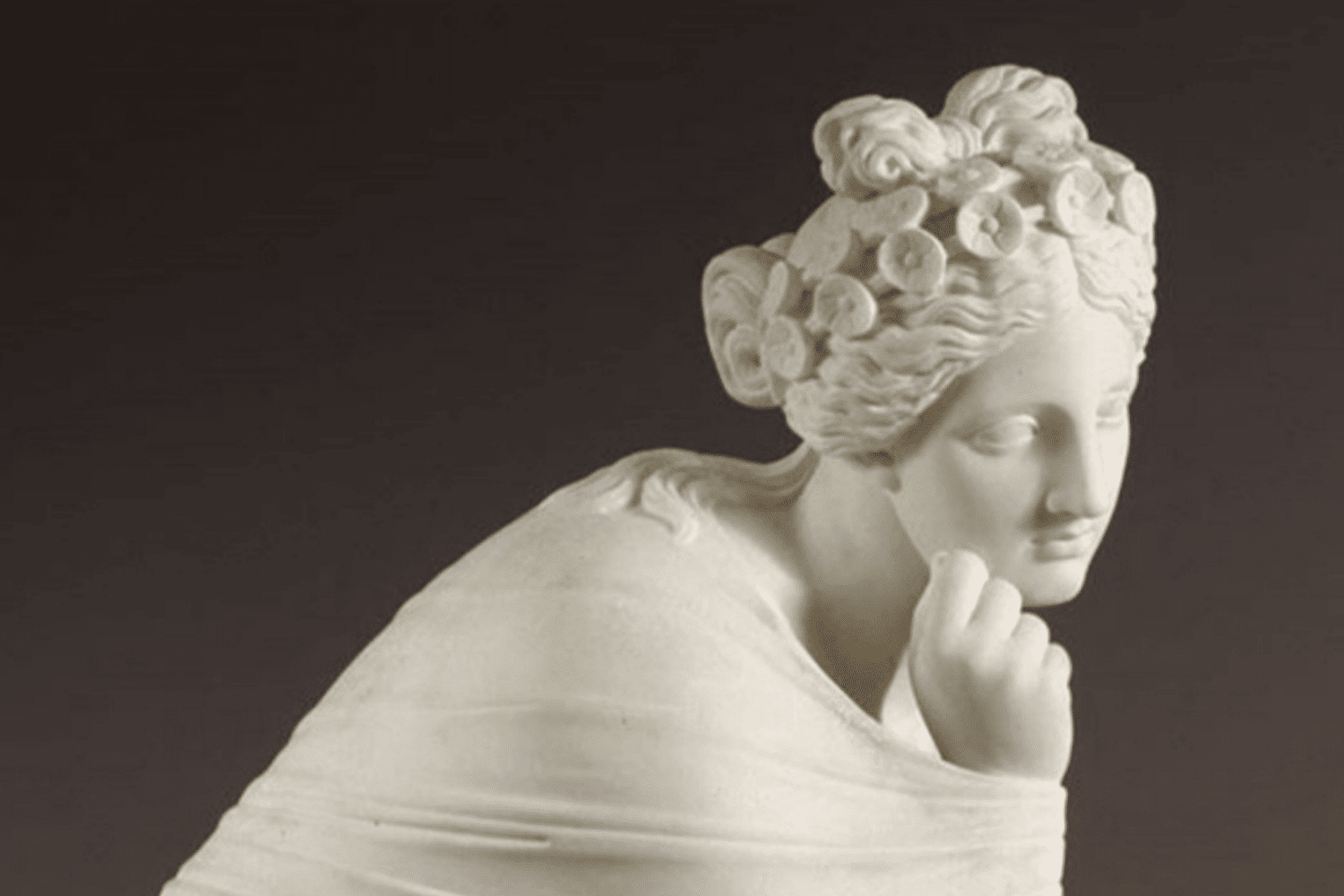 Meeting with divinities: Hermes and the Muses

The Gemini Zodiac sign (May 21-June 20) is associated to the Archetype of the Muse (see Alexandra’s article).

The characteristics of this Archetype and those of the air signs (as the Gemini) are closely correlated with Mercury, a major god in Roman religion, whose namesake planet influences the sign. His Greek equivalent is the god Hermes which is known to be one of the most mischievous gods in Mythology, but his core attributes are also creativity and communication.

We notice the richness of ancient culture in many areas of our lives, as if nestled in the heart of our daily lives, and Mythology often goes together with Astrology. Indeed, celestial cartography is very closely linked to the episodes, to the mythological cycles as the ancient Greeks have transmitted it to us: they even named it uranography, in tribute to Urania, the Muse of Astronomy.

Hermes’s legacy in the Zodiac wheel and the Gemini sign

The Gemini air sign is often associated with the Puer Aeternus, or “eternal child”, the mischievous teenager who experiments and wants to see for himself where his idea will lead him. He’s also very clever, a lively mind who likes to talk, to communicate, to exchange, to debate… Let’s turn to Mythology to identify how is everything linked: Mercury or Hermes, is illustrated in many mythological episodes, while he’s still a very young child…

Indeed, Hermes accomplishes feats as well as childish mischief and gets himself talked about in the Olympus from his earliest childhood. His mischievousness is not lacking, but so is his dexterity and mental alertness. Hermes is the son of Zeus and Maia [1].

One of the most famous episodes recounted in the Homeric Hymns composed in his honor is that one day, at noon, as a young child, he had left the family home and, on the way, found a dead turtle. He immediately had the idea of transforming the turtle’s shell, which resonated when he knocked on it, into a musical instrument: his artisanal, creative skills emerged from this episode. He had the idea to empty this carapace, to stretch two rods of reed to maintain a frame for the instrument that he plans to create and stretched seven guts of ewe to make the strings: the lyre was created.

The same day, his mischievousness pushed him to play a trick on the god Apollo by stealing his oxen and making them walk backwards so that their footprints were not in the right direction, leaving no clue on where they could have gone. But Apollo managed to find Hermes, with the help of an old man who was nearby and asked Hermes to give him the lyre he had just created in return for his oxen, because he loved the melodious sound of this instrument.

Later, Apollo will be very interested in the flute made by the ingenious Hermes and he will get it in return for lessons and apprenticeships on his gifts of prediction. This is how Hermes will benefit from this talent.

Hermes is also the god of knowledge. In Greece, an interpreter was called “hermeneus” which gave “hermeneutics“, which is the search for meaning and the art of interpretation. But it also gave birth to “hermetic“. And Hermes can appear as “hermetic” because he is not easily understood, he remains in a form of ambiguity.

As like any being, Hermes also has dark attributes: cheating, slyness… He was the god of merchants, traders, but also of thieves, which reflects the duality in his personality.

It is for all these reasons that Hermes is considered the god of public speaking, the god of the art of speaking well, and of the art of understanding what may seem obscure, but he chooses to reveal some parts of his personality whenever he wants…

Moreover, it is said that he himself chose to give to a woman for the first time, the power of speech. Her name was Pandora. It is also said that he invented writing, dance and music, that is to say all forms of expression. He represents creativity.

In myth, Hermes was the messenger of the gods but also the one who served them. He was therefore aware of the gods’ discussions and projects. He is linked to freedom of movement and sometimes in astrology, depending on his aspect, he can be a “player” and lead to misunderstandings, delays, hitches in movements and communications.

Sticking to movement and communication, Hermes is the one who leads the souls of the dead to the Underworld (the Psychopomp): he is the link between life and death, between the activity of the day and the silence/dreams of the night. Hermes is also considered as the protector of travelers.

The Muses, women in Antiquity

As we have just seen, Hermes and Apollo are closely linked to the lyre instrument, which Hermes created and gave to Apollo. He will become the god of arts, beauty and aesthetics, accompanied by the procession of the Muses.

The Muses are said to be daughters of Zeus and the goddess Mnemosyne (= Memory), they are the fruit of 9 nights of love between these deities. They are the goddesses of Literature, Music, Dance and all artistic activities. They live on Mount Helicon, or Mount Parnassus (which is also found in the name of the Quartier Montparnasse in Paris, famous for its artists’ studios), or they sit near Mount Olympus (in any case, it’s always a high place, as a link between the Earth and the Sky…). They were venerated in ancient Greek and Roman religion.

The Muses etymologically gave their name to “museum” and “music” and then a Muse became the name of someone who inspires an artist, a brand… Each Muse represents a particular art, they are the guardians of history, the protectors of know-how and the weavers in the transmission of the precious knowledge that forms the artistic and cultural heritage:

When Apollo first saw these young nymphs, bathed in sunlight, at one with Nature, these girls were playing near a waterfall. Several Greek poets insist on this episode which explains that Muses are often represented near or sculpted on fountains.

They are often associated with nymphs of springs and fountains because their mother, Mnemosyne, Goddess of Memory, passed on to them the ability to remember, to bear witness to history, as in each of the arts that the Muses protect by impregnating each artistic activity with its history, its past, its traditions.

In the Ancient Greek culture, water had this power of memory: a capacity to convey memory, the movement of ebb and flow that stirs, carries, transports, and makes the wounds flow, the bad moments as well as the bests. Water is like a metaphor for life that flows…

The Greek poetess Sappho was names “the Tenth Muse” because of her inspiring and innovative creative power, bringing new ways of expressing love in her poems without shame or fear. The poetess taught to women how to fully assume their status as women so that they never forget to make themselves a priority, by trusting their femininity, their intuition, and their creativity.

[1] Maia is the elder sister of the seven Pleiades, daughters of Atlas and his wife, Pleione: the Pleiades gave their name to a group of 7 stars that had a particular importance in delimiting seasons, especially the time of sowing and planting.  Maia had a festival in her honor, on May 1st, and gave her name to the month of May.