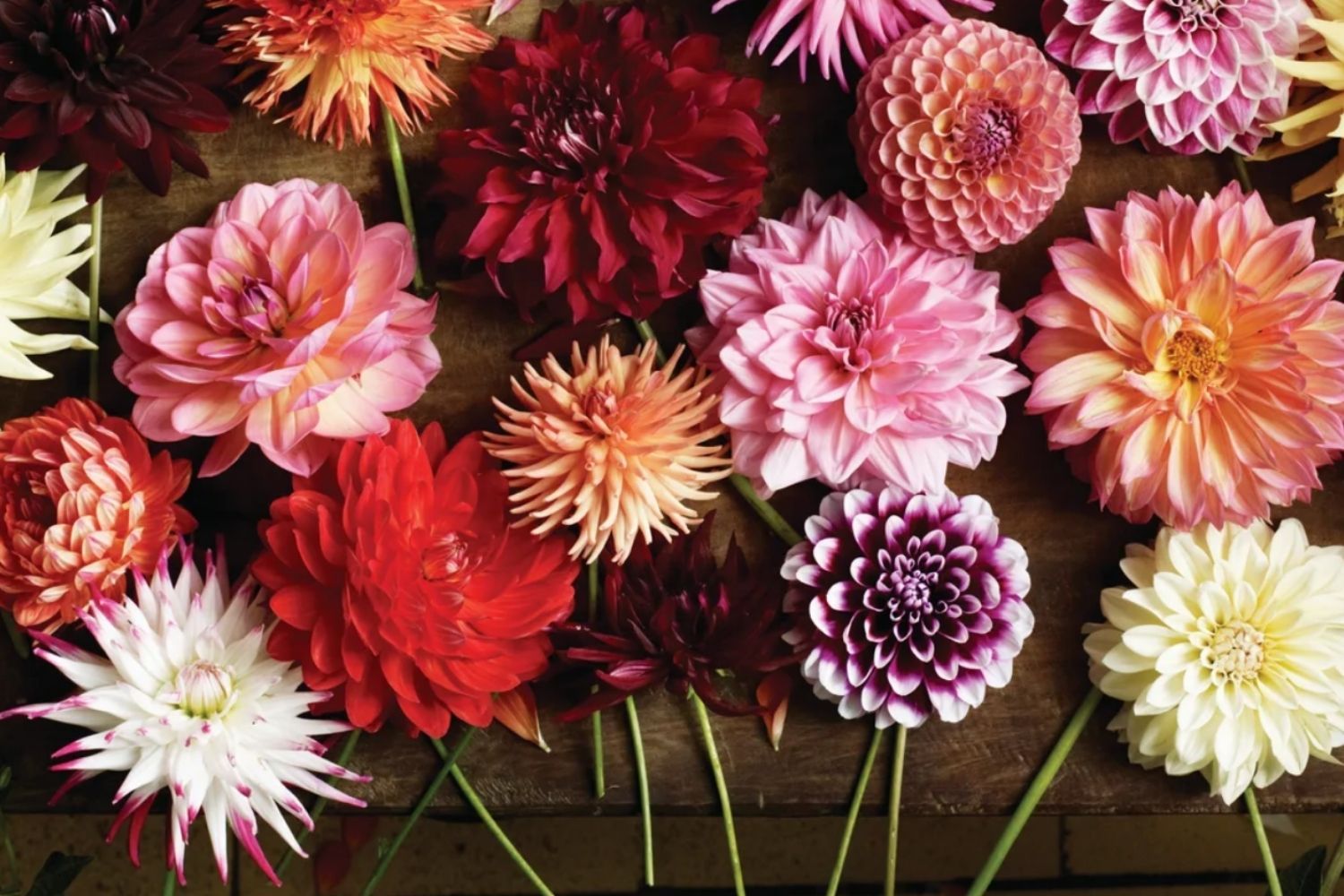 Lessons from Flowers #3: The Dahlia

There is always going to be light and shadow, fear and love, yin and yang and so on – This harmony and sentiment blossoms throughout the symbolism of the Dahlia. The Dahlia can show us the way of looking at the glass ½ full rather than ½ empty. The Dahlia is one of those flowers that not only represents the beauty and richness in life but also the envy and the disillusion in life.

One of the very reasons the Dahlia can show us such an array of emotions and feelings is simply because there are over 49 species, 19 different flower forms, and Dahlias come in every color and many sport vibrant patterns. She can have 2-inch lollipop pompoms or 15 inch “dinner plate” blooms and most of the varieties grow four to five feet tall. Since the Dahlia takes on so many different characteristics it has the ability to represent both sides of the spectrum. On one hand this flower signifies dignity, elegance, refinement, diversity and change. And then on the other hand it can lend itself to the energy of instability, dishonesty, pomp, betrayal and the arrival of unwanted change.

During the Victorian era the Dahlia was often used in wedding bouquets and floral adornments which relates back to its religious connotation of “Forever yours” “Eternal Love” and longevity. This connection to religion might be related to the founding of the flower in Mexico around the 1500s and the Aztec Empire, during these ancient times the Dahlia was used in many religious offerings and gatherings. The Dahlia originates from this area of the world and there vibrant blooms grow wild in the mountainside. Which leads to one of its more current symbols of embracing the wildness in yourself, taking or making a change, walking through a new door or taking a leap of faith into a new chapter.

Another reason the Dahlia speaks to the ability to support change and transition is because of its natural sense to protect itself and withstand harsh environments that most flowers can’t survive, let alone blossom in. Dahlias flourish during the Summer months and then well into the Autumn and even the beginning of Winter. She will share her beauty with the world more than half the year. This is why many call her; “Queen of the Autumn Garden”. Not only can she withstand Mother Nature but also Man, for example when she is cut, she will be of the longest lasting cut flowers in the vase.

Thus, the Dahlia can reveal to us an array of thoughts and sentiments and it is up to us as an individual to decide what Dahlia we give to someone or selves and why. Is it to represent; everlasting love and commitment, to welcome a new chapter or change, to honor dignity and elegance? Or are we leaning too much into change and constantly moving about creating instability, do we put the emphasize on wealth and physical beauty to the point of envy or pomp attitude, which leads to dishonesty and even at times betrayal of self or others? Either way the Dahlia is here to show us all sides of ourselves, the shadow and light and that both are to be honored and embraced.